Want to get far away from it all? How about staying in your own lighthouse on a rock in the Adriatic where the views are of little but the wide blue sea, writes Yvonne Gordon 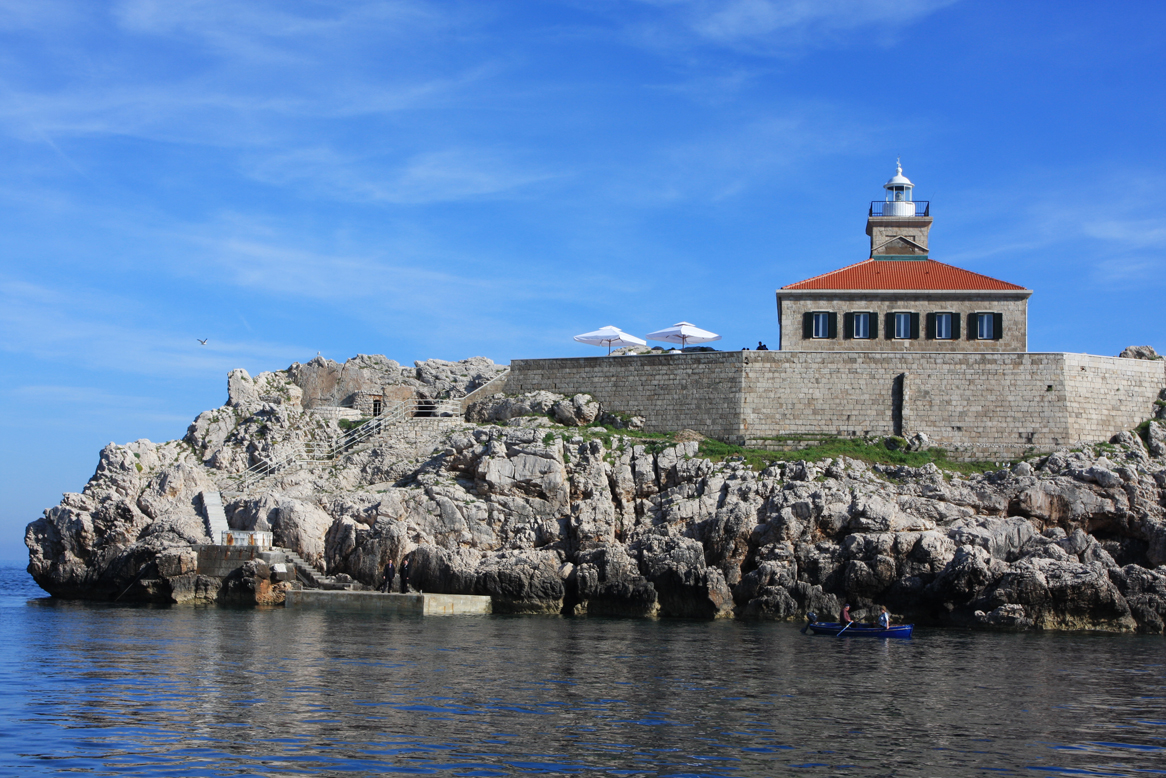 As the boat rounds the corner, our home for the next few days comes into view. The stone building with red roof and green shutters is not unlike those we’ve just left behind in the old city of Dubrovnik, but it’s on a rock in the middle of the sea.

We’re on our way to Grebeni lighthouse to experience a few days of solitude, 360-degree sea views and the famous Adriatic sunsets – and to find out what it’s really like to stay in a lighthouse.

Our boat lands on the small platform and we scramble eagerly up the lighthouse steps, luggage in one hand, bags of groceries in the other. Ivo, the boat captain, doesn’t have much English but he shows us how everything works and hands over the key.

I feel a little trepidation when he leaves on his boat, thinking, “oh gosh, we’re being left on a rock in the middle of the sea” and then, “well, it’s only for a couple of days and we can see the shore. It’s great!”

Grebeni lighthouse was built in 1872 to help sailors to navigate safely to the port of Gruz. The light is now automated, so the one-story building is rented out as accommodation. Although our transfer from Zaton took 25 minutes, the nearest shore is less than half a kilometre away.

The lighthouse has spacious terraces and bathing steps – the sea temperature when we visit is 25 degrees – and uninterrupted views of the coast and the Elafiti islands. Inside, the walls are whitewashed and the wooden furniture is a cool sea green, with lighthouse pictures on the walls. There are five bedrooms, a sittingroom, kitchen/dining room and two bathrooms, but the best aspect is being able to throw open the shutters from any window to an expansive blue view of the Adriatic. 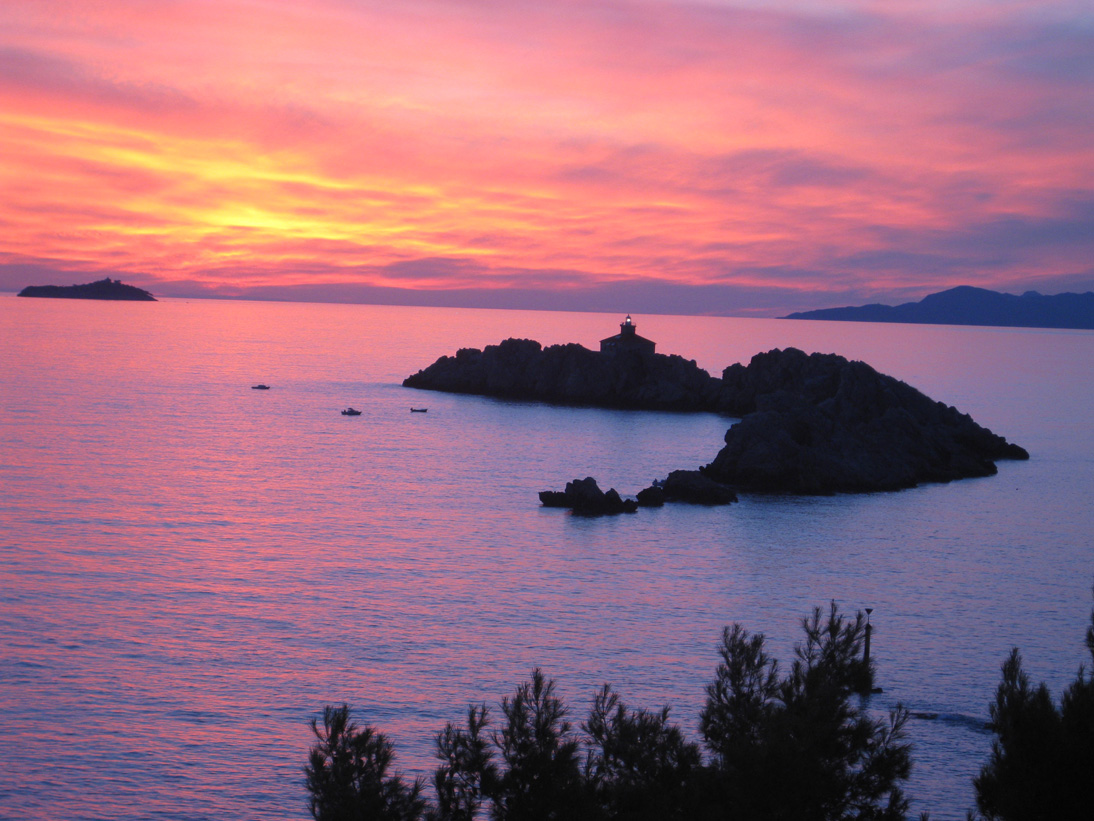 Once settled, we set up some sun loungers facing out to sea and pour some wine, in anticipation of that evening’s sunset, which we have decided will be the main event. It’s quiet but we don’t feel too isolated.

There are some small fishing boats anchored nearby, while in the distance a traditional Dalmatian motor cruiser passes on its way back to port.

Small waves crashing gently around the rocks create a soothing ambient sound, mixed with the odd cry from a yellow-legged gull. Suddenly two shadowy figures appear in the water under an empty boat which has been anchored just off the rocks. Two people have been diving down to a reef, a popular scuba spot. They clamber into their boat and zip off back to shore before nightfall.

Sunset is cloudier than expected, but as darkness falls, the lights twinkle all along the shoreline and the masthead lights of passing boats become shining stars in the sea. As we take in the surroundings, we hear strains of a concert from a hotel on the shore. Later that night, I come out see the stars and there’s huge yellow moon hanging low in the sky. All is quiet.

Early the next morning, I’m pottering on the terrace when I see a boat coming towards us. A boat! Even though we’ve only been here one night, the excitement at this is huge. It turns out to be Ivo, to fix a small problem we had in the kitchen the night before. As an unexpected bonus, he allows us to climb up to the railings around the lighthouse light – normally off limits to visitors. 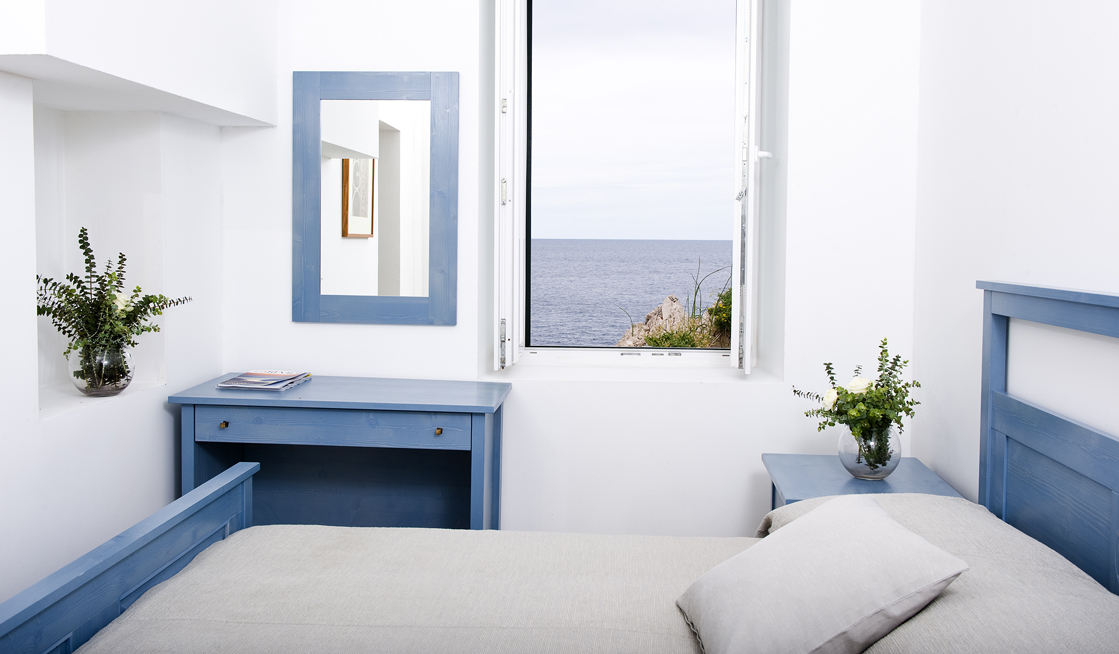 Later, a speedboat from Blue Planet Diving collects us to take us into its base at the nearby Palace Hotel. Lighthouse guests can arrange diving excursions or diving courses with the centre, which includes collection by boat.

Our instructor Anto tells us about Taranto, the wreck of an 1899 Dutch steamboat, which is on the bottom of the sea, just 100m from Grebeni. There are two more dive sites at Grebeni, a reef and a cave. Dives at nearby islands including Kolocep and Sveti Andrija are also popular.

We head out in the speedboat to the island of Lokrum, which is just in front of the old city of Dubrovnik, where there’s another wreck, Tomislav. Diving in these clear, warm waters is fascinating. You see all sizes of fish – up to 20 species, as well as shellfish, coral, sponges and starfish.

At another dive site on Lokrum, divers enter a cave and emerge in a lake in the middle of the island – to the amusement of onlookers.

After an exhilarating morning, we decide to have lunch in the hotel before we’re dropped back out to the lighthouse, but with all the people milling around, I suddenly can’t wait to get back to our peaceful refuge out at sea. 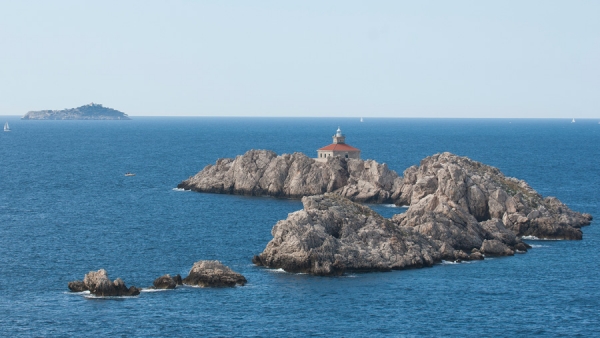 © Yvonne Gordon is an award-winning travel writer. This feature was first published in The Irish Times. Read her feature about Lighthouse Rentals in Croatia. For other travel features and books, see the Travel page of www.yvonnegordon.com