Gone are the blue rinse buffet grazers – life on the high seas is surprisingly liberating with a crop of new ships offering activities for young and old. Yvonne Gordon finds her sea legs on her first cruise… 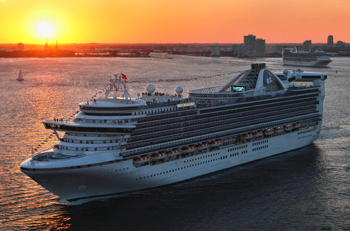 I’m standing under the ship that could be mistaken for a row of apartment blocks all joined together. It’s the Ruby Princess and at nearly 1,000 feet long and 18 decks high, it’s currently towering over the docks in Venice.

I can’t believe something this size can float. Before I can think about it too much, I’m on board with a map of the ship, looking for my cabin. I pass through a massive casino. It’s tacky, with rows of blinking slot machines. Something about slot machines on ships reminds me of a car ferry. I wonder what I have let myself in for.

The Ruby Princess weighs 113,000 tonnes and can take 3,080 passengers. My stateroom (as cabins are called) is on deck five, which is also home to a large atrium – the Piazza – as well as a wine bar, art gallery and internet café. 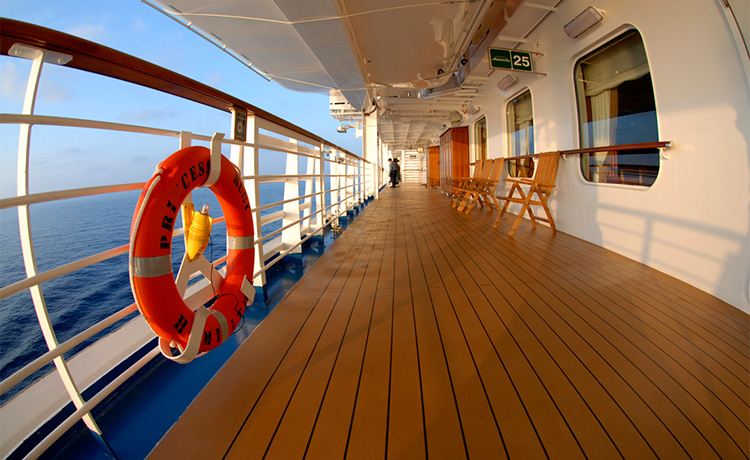 Eating is one of the highlights of a cruise – food is included – and there’s no shortage of options, from colourful buffets to more formal restaurants or pool-side pizzerias. Add the swimming pools, jacuzzis, nightclubs, theatres and bars, as well as shops, library, spa, gym and wedding chapel, and it’s like a mini city. I realise I won’t have to go near the casino for entertainment after all.

We’re in Venice until the next morning so we take a water shuttle into one of the most romantic cities in the world, past the ornate buildings and domes – a big contrast to the modernity of the ship. Soon we are exploring the narrow streets and watching the gondolas glide past on the canals. We arrive back to the ship as the sun is setting and there’s enough time for a dip in the pool while admiring the beautiful views over Venice.

We have a pre-dinner drink by the piano in the Piazza, a great place for people-watching with glass lifts going up and down and people coming and going. I’m amazed at the age range of the passengers – it’s a lot younger than I thought. It blows away my preconception of cruises only being for the stinking rich or the elderly. There’s all ages and nationalities, with lots of Europeans and Americans in particular, and nobody dripping in bling. 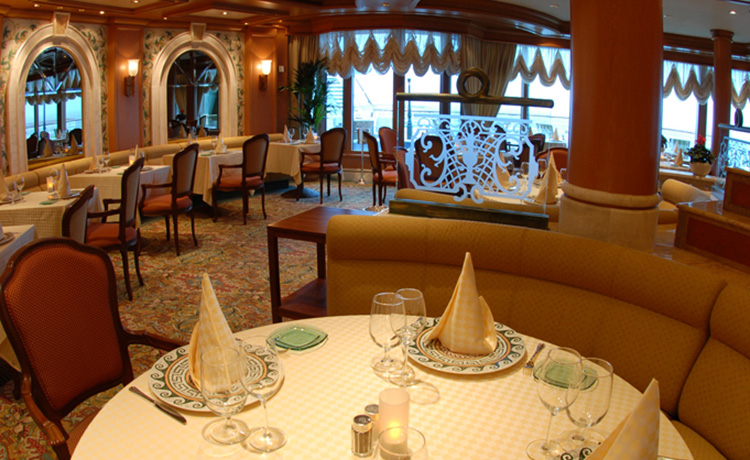 After a great dinner I sleep soundly in my comfy cabin. The next morning we sail out of the Lagoon and past St Mark’s square escorted by pleasure boats. Seeing the city from such a height gives a fantastic perspective and great photo opportunities.

We spend a relaxing day at sea – with plenty of sun loungers on deck, it’s easy to find a quiet area to chill out while the ship glides along. There’s also a huge programme of activities, from dancing, arts and crafts to sports and games, if you want to be more active. I realise that I have gone from being slightly dubious about going on a cruise to being completely sold on the idea within just 24 hours.

This Mediterranean cruise goes from Venice to Barcelona over 12 days, stopping in Athens, Kusadasi and Istanbul in Turkey, Mykonos in Greece, Naples, Rome and Florence in Italy and Monte Carlo along the way. Even though you are stopping at city after city, cruising is a very relaxing way to travel; you never have to pack, unpack, wait at an airport or carry luggage. You just step off the ship with what you need for the day. There’s also something very elegant about sailing in or out of a port.

Next morning we arrive in Athens. We’re booked on a morning tour to the Acropolis. It’s packed as some other cruise ships have also docked and all the tour buses arrive at the same time. I vow to return another quieter time. The next day we’re in Kusadasi, to explore the ancient city of Ephesus. It’s also packed – 20,000 visitors are expected as four other ships have also arrived, so our tour leaves at 6.45am.

Tours are optional extras on the cruise and being herded onto tour buses rather than choosing what day you get to explore an attraction is one of the drawbacks, but hey, if you get to see the Acropolis one day, Ephesus the next, and Istanbul the following day, without any hard work, it’s a small price to pay. Plus, there’s a whole city to explore when you get back on board.

© Yvonne Gordon. This feature was first published in Abroad Magazine